Since January 2015 it has been asked for this talk among the powerful ones in order to tackle the so called “migration-crisis”. The major aim of the Summit is to adopt the declaration agreed and signed by 193 Member States last August 2016. Reafferming the past declarations and programs, the Member States confirmed their intentions of being committed in preteceting refugees’ rights. “We are determined to address the root causes of large movements of refugees and migrants, including through increased efforts aimed at early prevention of crisis situations based on preventive diplomacy”, the declaration states.

However, we must firstly ask ourselves which are the current numbers of this crisis? Accroding to the Global Trends Report of the UN Refugee Agency (UNHCR),65 millions of people in the world have been dismantled/displaced by their homes including, around 21 million are refugees, 40.8 million were internally displaced persons, and 3.2 million were asylum seekers. “However, there are roughly 65 million forcibly displaced persons, including over 21 million refugees, 3 million asylum-seekers and over 40 million internally displaced persons. “As the declaration also states. According to the words of some politicians from the EU Member States,we would expect that the majority of refugees are hosted in Europe. Wrong 86% are received by developing countries, for example, Syrian refugees are mostly hosted by Turkey (2.5 million), Lebanon (1.1 million), and Jordan (628,200). While Afghan refugees resided in Pakistan (1.6 million) and Iran (951,100), moreover, the majority of Somali refugees resided in Kenya (417,900) and Ethiopia (256,700).

Surprising, eh? Migrations has principally a South-South direction,only 34% is South-North oriented. Regarding migrants instead, in the world there are 244 million migrants in total in which roughly 3% represents the global population (refugees and asylum seekers represents 10%). Furthermore, since the number of refugee children has increased enormously,according to UNICEF, a particular attention must be paid to education. As stated by Melissa Fleming, spokerperson of UNHCR, only 50% of children go to school, 22%attend secondary school and only 1% have the chance to go to university. “Educating refugees makes them more self-sufficient – better able to find work and support themselves and their families, more capable of critical thinking and defending their rights.

But it also creates leaders, especially at the higher education level – the scholars and scientists and engineers and builders of civil society who will lead and promote post conflict reconstruction, campaign for social, economic and gender equality, and empower their communities.” She said during the 28th annual conference of the European Association for International Education takes place in Liverpool few days ago. One of the most awaited intervention at the Summit of refugees and Migrants is the one that will be made by President Barack Obama on the 20th September. Last week at the Conference on “Social Innovation for refugee inclusion” held by ECRE in Brussels, Adam Shub, Deputy Chief of the US Mission to the EU, claimed that Obama will officially announce a 10% increase of funding to tackle the migration crisis, and acceptance of a higher number of refugees in the US.

In fact, from October 2017,110.000 refugees will be taken compared to the 85.000 entered in the american territory in 2016. The UNHCR well-welcomed this shift and this increase reflects one of the objective of the declaration that will be approve on the 19th September in New York. The refugee’s resettlement is indeed a very “hot” topic in Europe till the point that some countries such Hungary at the frontline are already fighting against it. Winni Byanyima,executive director of Oxfam Internationl pointed out the contradction currently undergoing in Europe: “I am most outraged by rich Governments’s stubborn resistance to welcome refugees” considering that “In Lebanon,one in five inhabitants is a Syrian refugee.

In Jordan, the fourth largest “city” is a refugee camp” and “Oxfam’s analysis shows that the countries within the African Union host over a quarter of the world’s 24.5 million refugees and asylum seekers”. Finally, “Given that a U.N. General Assembly summit needs to reach consensus among all member states, it is understandable that the summit will focus on agreement on carefully crafted abstract principles.” And also “It is very much a high-level event and we know the document has already been agreed. So it’s not an influencing opportunity, but an opportunity to remind member states of their responsibilities and the need for them to show more leadership,” said Josephine Liebl of Oxfam.

However, it doesn’t mean that there will not be positive outcomes from the Summit. In the light of the non-functionig EU-Turkey Agreement, populist statements made by Hungary, Brexit ongoing, the critical situation in Greece, we will see how the migration, I will call it, challenge will be faced today. 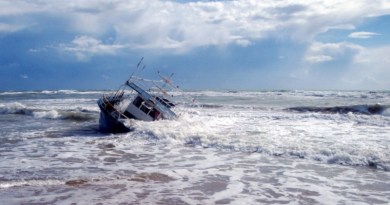 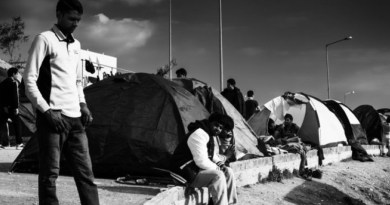